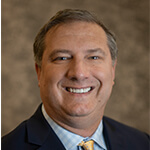 J.R. has more than 20 years of experience in the fire protection and mechanical industry. He joined S.A. Comunale as a Program Manager, then moved into engineering and design, and ultimately into integrating operations.

After earning undergraduate degrees in mechanical engineering and economics from Union College in New York, he earned a master’s degree in Fire Protection Engineering from the University of Maryland, as well as an MBA from F.W. Olin Graduate School of Business at Babson College in Massachusetts.

His life safety projects range from 3-million-square-foot warehouses to 1,000-foot-tall high-rise buildings. He has worked on projects for over 30 Department of Defense facilities ranging from hangar aircraft suppression of U.S. aircraft, to inspection, testing, and maintenance for the 4.7-million-square-foot Walter Reed Army Medical Center in Bethesda, Maryland.

Originally from Connecticut, J.R. loves the ocean and sailing, and raced professionally throughout the US and Europe after College.